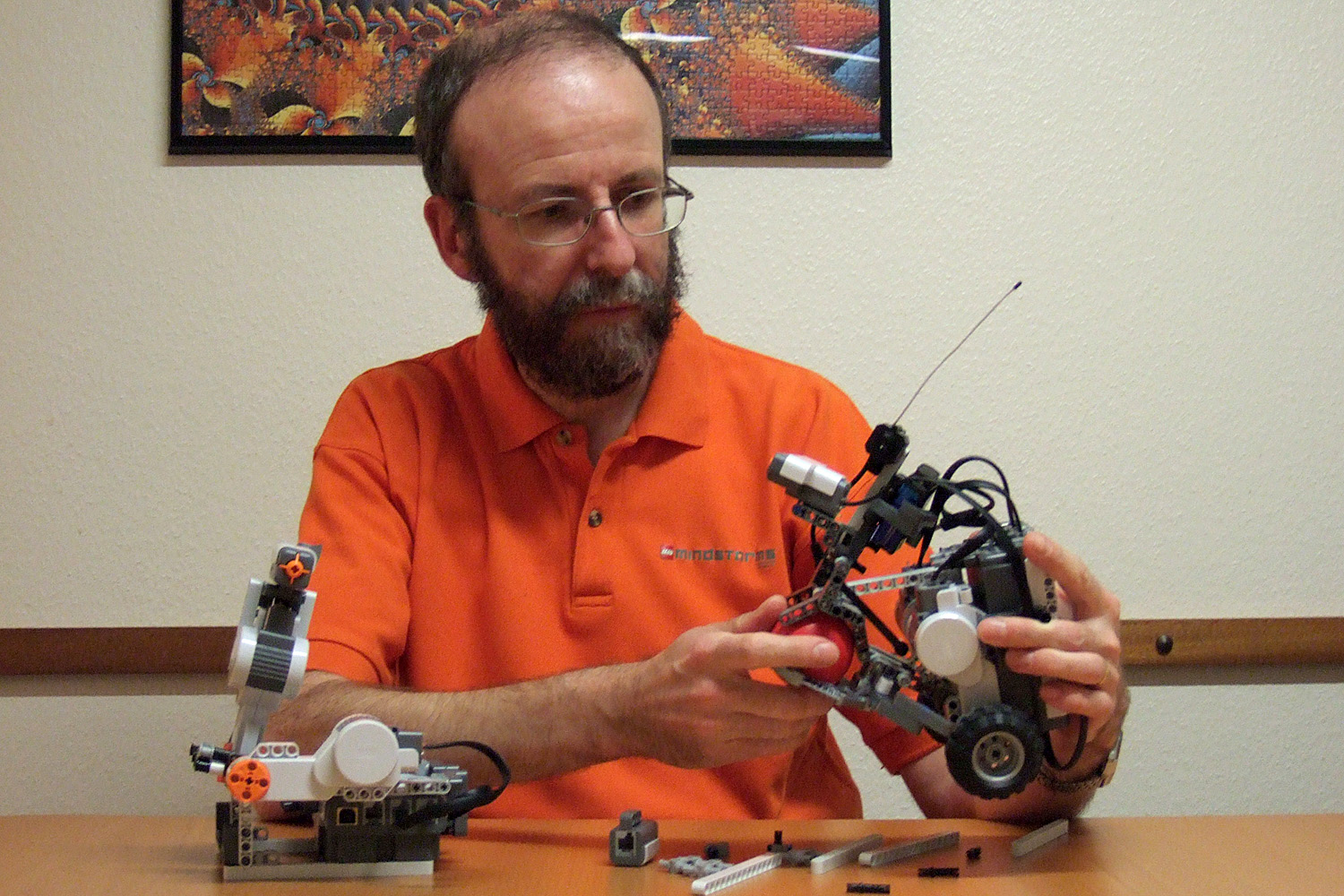 Philo grew up in a time when electronics hobbies were widespread, and built a lot of gadgets and measurement instruments. At this time he built his first robot, a wire programmable wall avoiding car, using components unsoldered from old IBM mainframe boards. After graduating from Ecole Centrale de Paris, he worked a few years for a French computer startup. Then he founded a small design house with three fellow students where he designed communication boards (ISDN then ADSL) and industrial embedded systems. He stayed in this little company till his recent retirement. Philo left his Dark Ages in 1999 when he bought a MINDSTORMS set for his daughter - and ended up playing with the RIS much more than she did… As he wanted to get the best performance from his robots, he started a well known page comparing the capabilities of various LEGO motors. This page now covers 20 years of motors, from the early 9V motors use in Control Center set, to Boost and Powered Up ones. Philo was a member of MCP/MDP program during the development of NXT and EV3. He is also a very active member of LDraw community, creating 3D models of parts used in EV3, WeDo, Boost and Spike Prime ranges. Thanks to these LDraw parts, everybody can create models and building instructions for their outstanding robotics models!