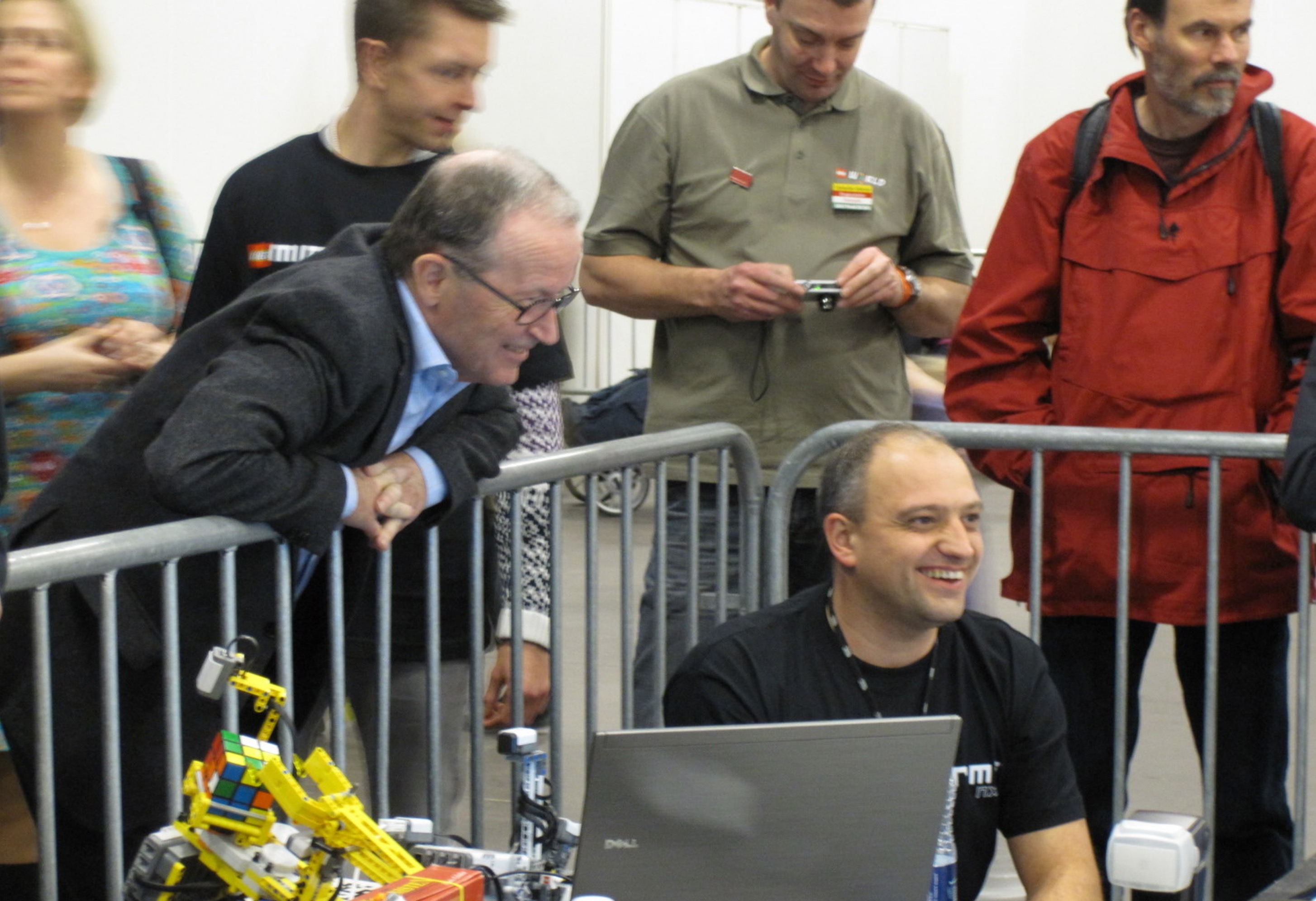 Martyn started to build LEGO robots in 1986, when he used the LEGO Education Dacta product line. He started and lead an after school robotics clubs. In 1998, he got his first RCX MINDSTORMS set and became known as a robot builder. Together with friends, he builds many massive show models to promote LEGO robotics.

In 2000 he was one of the initial organizers of LEGOWORLD where he was responsible for the foreign guests and the computer LEGO. Since then, he has been involved in both LEGOWORLD NL as well LEGOWORLD CPH in the MINDSTORMS booth.

Upon the release of the NXT robot, he was asked by LEGO to be part of the MUP2, a secret group of 13 people, to betatest and explore the next generation of LEGO MINDSTORMS before it was even revealed to the general public.

In cooperation with many friends, he kept on creating mega- large show models. For example, even while the release of the NXT2 was being prepared in secret, he was working on a Large Highbay Warehouse to promote the NXT2 at LEGOWORLD.

In 2010, With the upcoming release of the EV3, a big event was organized in both Atlanta (FIRST LEGO League Championships) and Utrecht (NL) to share a sneak peek of a successor to the NXT. There, Martyn was asked to help and design one of the official bonus models, the Wack3m a game to show kids that you can build real strong models. In addition, he designed EV3MEG, a friendly small helper robot in a large factory. Later, the packing plant and the EV3MEG mini were created and displayed during LEGOWORLD shows. A major achievment for Martyn was having officially made build instructions with his name as a designer (although, it was a team effort).

Martyn works closely with LEGO Education and became a Certified LEGO Education Trainer. The recent years, he has created many unofficial Technic remix models, by combining a TECHNIC set with the MINDSTORMS set. He now displays all official Robot Remix models to emphasize that anyone can create cool models with just 2 sets!