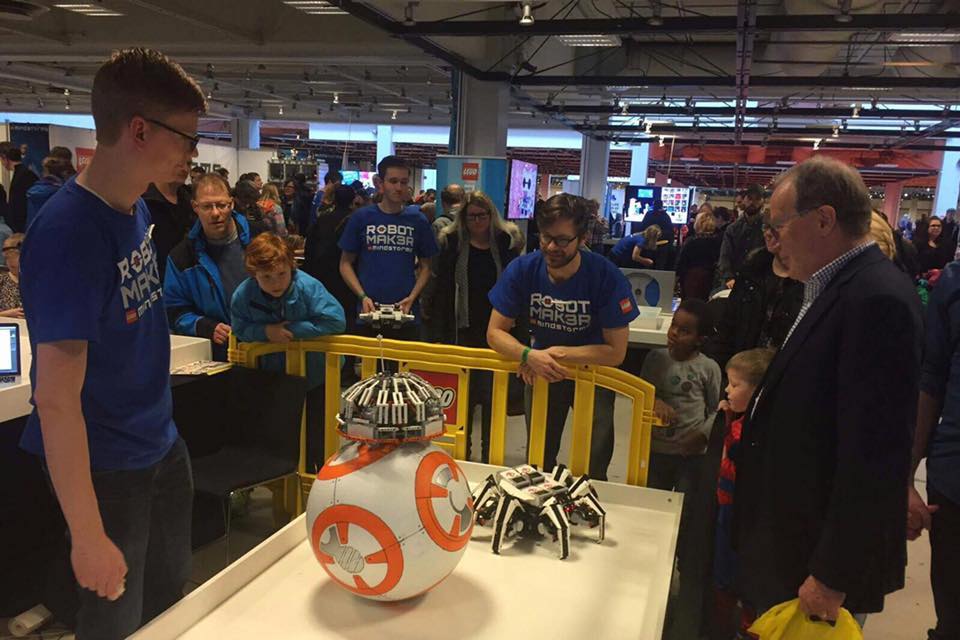 Laurens Valk is a robotics engineer based in the Netherlands. He earned a bachelor’s degree in Mechanical Engineering from Delft University of Technology and he is currently pursuing master’s degrees in Systems and Control and in Mechanical Engineering. He is a member of the MINDSTORMS Community Partners (MCP), a select group of MINDSTORMS enthusiasts who help test and develop new MINDSTORMS products. He started building robots with the EV3 system a year before its 2013 release, and one of his designs appears on the EV3 packaging as an official bonus robot.

Laurens enjoys designing robots and creating tutorials to build and program them, so that robot fans around the world can re-create the designs and learn more about robotics. He has worked on several LEGO robotics books, including the best-selling LEGO MINDSTORMS NXT 2.0 Discovery Book (No Starch Press, 2010) and LEGO MINDSTORMS EV3 Discovery Book. He blogs about robots at robotsquare.com.