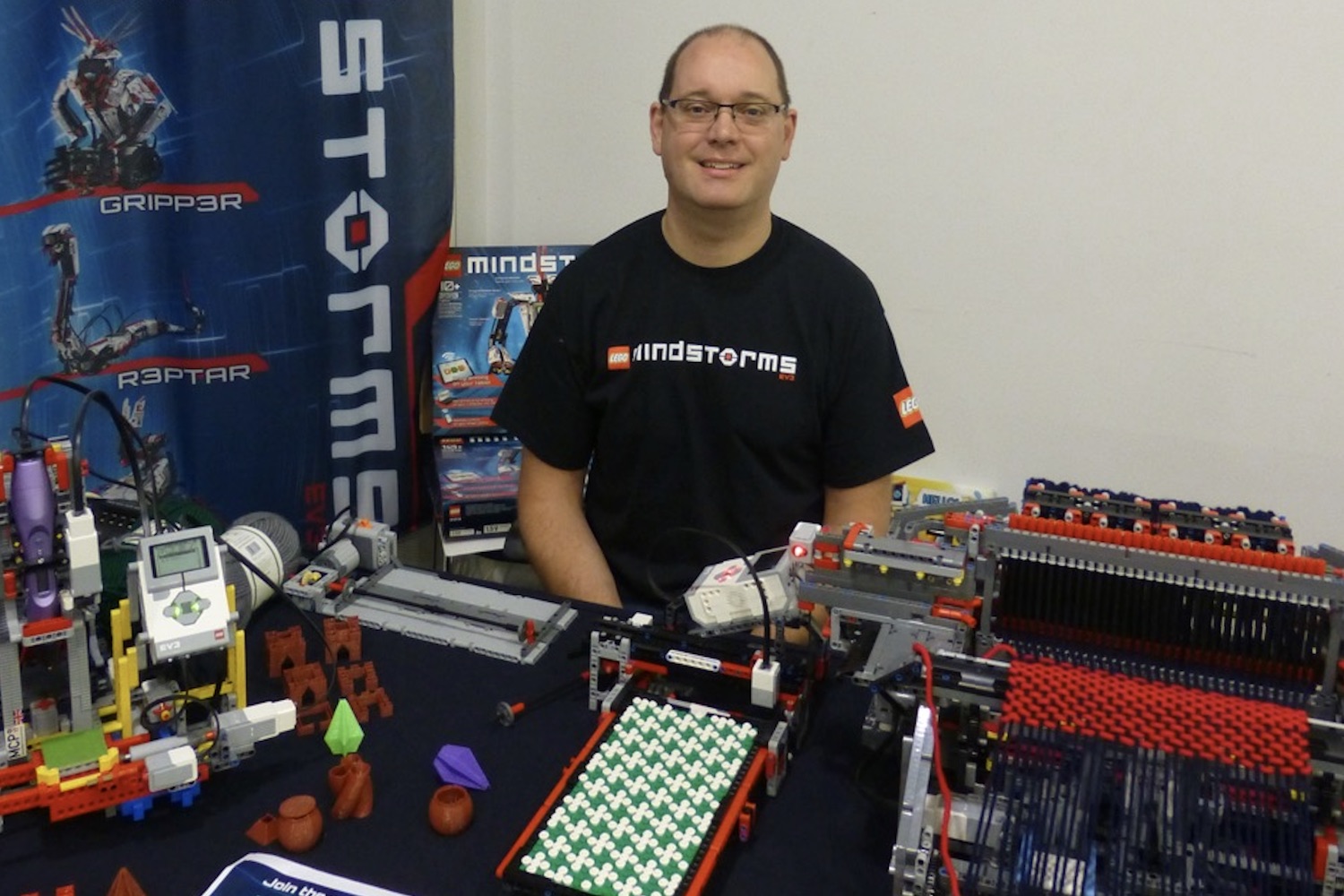 Jerry was a lover to LEGO in his teens, before the “Dark Ages” whilst studying Electronics at university. He discovered the EV3 in 2014, which enabled him to link his creativity and development skills, and now builds for personal pleasure. He has an interest in building robots that create things, such as a pen and paper plotter, and a Jacquard loom. He likes to give back in to the community, so makes his models and code available to all - making great efforts to write in EV3g. He is an active member of the LEGO MINDSTORMS EV3 Facebook group, and writes occasional articles on his blog.