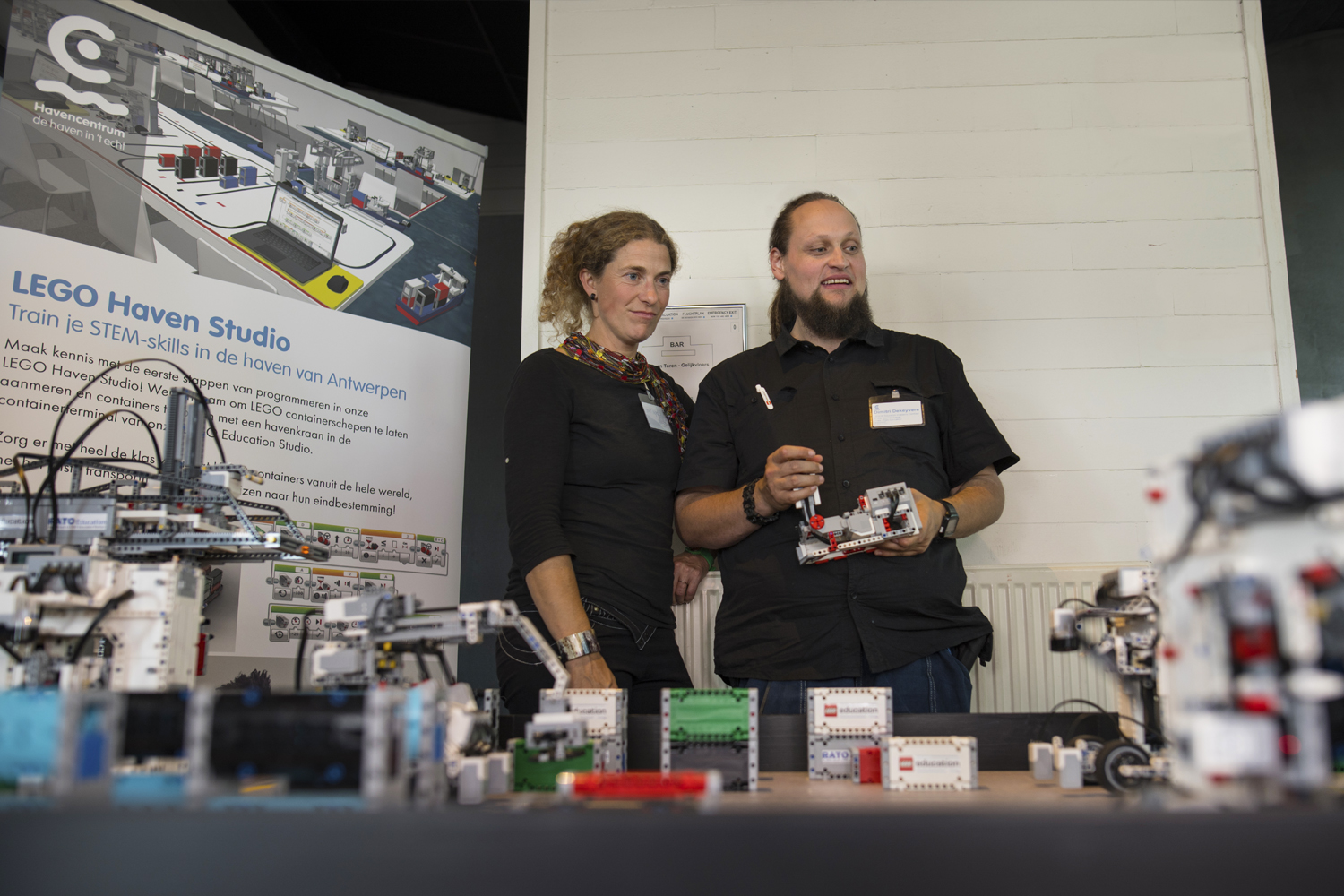 As a child Dimi (Dimitri Dekyvere) struggled through his school career. Sitting behind a bench and learning to write, math, languages couldn’t fascinate him; he preferred to build with his LEGO bricks. Especially the hinges, gears and pneumatic cylinders fascinated him. Constructions with moving parts, hidden doors,… Thanks to this LEGO interest he chose at the age of 12 for a technical education and suddenly school became interesting. He learned electricity, mechanics, physics and programming. It soon became clear to him that he wanted to become a programmer or maybe even a teacher in technical subjects. Because of this interest in scientific subjects, school was no longer a problem and eventually he graduated as a Master in Electromechanics, option Automation.

For a few years he worked as a programmer in Belgium to start up all kinds of machines in different companies. Now he teaches Mechatronics and Industrial Automation at Vives University College. His passion for LEGO and how LEGO helped him on his way, hasn’t been forgotten. Besides his lessons for the VIVES students (in which he also uses LEGO robots), Dimi has set himself the goal to introduce young people to the wonderful world of science and robotics. He gives LEGO workshops to children and teachers, both in the VIVES LEGO Education Innovation Studio and all over the country. He also brings Robot animations with remote controlled LEGO Robots and demos with his MOC’s to events and competitions like FLL.

One of his biggest projects was the design of a fully automated LEGO EV3 robot port for Port Centre Antwerp and Rato Education. These and many others of his LEGO robot creations can be seen on his YouTube channel or on the legostudiovives.be website where he and his colleagues share videos, building instructions and programs of these LEGO robot designs.

If you like a challenge, the world record “Largest parade of LEGO Mindstorms robots” is with 215 EV3 robots still associated with him.